IDEAS TO HELP PROTECT PATIENTS & ALL OF US - NOW!!

Reasons for killings include $$ (costly to keep, or as above-income to treat), hate, cadavers (schools), body parts (?)

See LINKS full page for video/transcript, in red, 1/4 down, at end of the first topic links - "Extrajudicial Killings"

President Trump - Thank you for your honesty and forthrightness about this unconstitutional horror. What are you going to do about this? We demand Our Soldiers, & all Americans everywhere, work, fight, die for just causes only, ALWAYS upholding Our Constitution, and Republic of, by, and for The People, nothing less.

We demand to be that Beacon for the World, for if not us, who?

My comment: "... The most concerning comment was Trump's acknowledgment that we have "a lot of killers". I believe this barbarity has been occurring here for a while. Trump was likely told about this early in his presidency and made these comments at an O'Reilly interview in February of 2017. Everyone should be extremely alarmed about this undermining of Our Constitution and due process, and demand an immediate investigation and halt to any and all extrajudicial/medical related/military/Intel related killings (for hire and not). We demand that these murders on US soil are stopped;.."

If you cannot link to this WP article and/or my posted comment (it is the last one) via the WP link above,

my complete comment is in this note of extreme concern, in italics, beginning near the bottom of the 2nd page:

What is our valid, reliable, & verifiable oversight of the Intelligence Apparatus (IA)???
Does (can) the IA control the President(s) & members of the Intelligence Committees?*
Does the IA operate illegally, outside of their mandate, including in individual US States?*
*For many reasons (see our LINKS page), these answers appear to be YES

***SEE LINKS BELOW FOR OUR HISTORY OF REGIME CHANGE &

RISE OF THE NATIONAL SECURITY STATE***

HOW & WHEN WE LOST OUR REPUBLIC

BACK TO HUMANITY - BACK TO OUR CONSTITUTION

Judyth Vary Baker, Oswald, death of Dr. Sherman/JFK - cancer as a bioweapon, use of introduced cancer to kill

https://www.youtube.com/watch?v=EYi9R7534wE  (Peter Janney - Mary's Mosaic CIA JFK)
http://www.marysmosaic.net/disc.htm - "The Lone Voice of Justice in the murder of Mary Pinchot Meyer"
"...Someone had to pay for the murder of a woman like Mary Meyer. And everyone, from the government’s attorneys to the CIA colleagues of Meyer’s ex-husband, assumed that Ray Crump would be that person. Everyone, that is, except a lawyer named Dovey Johnson Roundtree. From the moment she met with Ray Crump in his prison cell at the request of his mother, Dovey Roundtree knew he was innocent..."

“ '…I think presidents who’ve come into office since Kennedy all have had this in mind. There’s only so far they can go pushing against the CIA and the military and challenging their policies before their own life is in danger…'

Their policies? We, the People, have the Constitution and law on our side..."

4:58 … The purpose of the military is to start wars and change governments, it’s not to, sort of, deter conflict?...”

"...if the CIA isn't willing to pack its bags and go home, perhaps it is time for Congress to act. The National Security Act of 1947 should be revoked, or at least have many of its provisions changed severely. The CIA should be turned back into what it was meant to be, an intelligence-processing center with lots of number-cruching bureaucrats, like elsewhere in Washington. But Clandestine Services and Covert Operations are fossils, and should be scrapped. The "black ops" should be retired. Spying in peacetime - in the absence of a clear and present threat - should be illegal. But most certainly interference with the democratic processes of other countries should be made illegal, especially paramilitary exercises. The shadow government's covert policy has often been at open odds with the stated public policy of the elected government in many areas, putting us in the position of considerable distrust by the rest of the world. In a free society, foreign policy should be as open and democratic as domestic policy. If the President wants to aid nations that have democratic values and protect human rights, or to sanction or use military force against those countries that are true threats to the United States or its allies (and not just ruled with a form of government we don't like), let him openly ask for the support of the American people, not go behind their backs..."

Thank you for stopping by!!  If you think what we are doing is important, please pass our site along!!

"...The Khashoggi story is a lesson in how U.S.-supported intelligence and special-operations capabilities can be misused by other countries..."

Editor:"DANGEROUS TOOLS" - WHAT ABOUT MISUSED BY THIS COUNTRY???

"Khashoggi’s view of Jews was shaped by his environment. He was born in Saudi Arabia in 1958 and grew up in a time when Saudi textbooks contained antisemitism, an issue the [ADL] and US State Department have noted in the past. Saudi Arabia has sought to reduce antisemitism in recent years, but it would have been readily available to someone like Khashoggi, not only at home but also abroad."

"...One of my favorite Khashoggi columns was a 2002 evocation of his friend Daniel Pearl, the Wall Street Journal correspondent who just had been murdered by al-Qaida. They had met 10 years before, while covering the first Gulf War. Khashoggi wrote of this American Jewish reporter: 'Pearl understood Arab and Muslim feelings. … He was searching for the truth in order to convey it to his readers.' ”

A Tribute To All Journalists, Truth-tellers, & Whistleblowers, Everywhere,

Who daily risk Freedom, if not Make The Ultimate Sacrifice, In Search Of The Truth...

A Free and Honest Press Is The World's Light In Darkness, and Our Purveyor Of Truth. 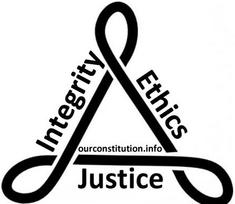 SAEK - Students Against Extrajudicial Killings - For the SAKE of Humanity

Roberts - Era Of Tyranny Has Begun

See more on Whistleblower & Truth-teller retaliation:
Ellsberg, Stockwell, Radack, Kiriakou, Assange, Snowden, Manning, Winner, and all those brave souls at
LINKS (Full pg, see red bolded categories) and OUTREACH pages - Other Public Comments.
We will always need to know what they have to say, especially in light of an imperfect system and secretive culture,

including an  outdated Espionage Act and skewed document classification system --
both used to undermine, intimidate, & criminally charge those with information We All should know.

Dr. Roberts minces no words - one may not agree with every opinion,

however, his conclusions are hard to dispute; in fact, they are validly scary,  beyond anything we want to admit... People -- we must protest and

demand change -- see Outreach for pics of my protests-- JOIN ME!!

PROTEST WHEREVER YOU ARE - PROTEST WILL CAUSE CHANGE

​"...There are exactly zero Western governments that can be held accountable by the people. There can be no accountable government without a free press...

The era of tyranny has begun. Elections cannot stop it."

A FEW OF THE MANY HORRID INSTANCES
https://www.justice.gov/opa/pr/texas-doctor-found-guilty-role-325-million-health-care-fraud-scheme-involving-